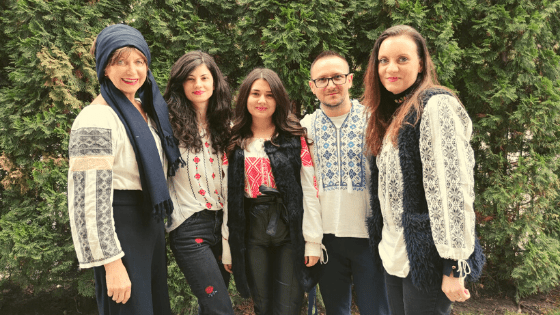 As Romanians, our connection to Romania is much different than the connection a foreigner might have with our country, especially because we cannot change this heritage even if we wanted to. The connection we have here is deeper than just saying our family is from “around here”. We grew up on certain traditions, we experienced certain things and we made tons of memories, which all helped build the people we are today. Our national day is then primarily focused on why we as Romanians should love and appreciate our country, which is fair. However, what if we decided to switch the perspective? We as Romanians can’t change where we’re from or who we are, but foreigners could have gone anywhere to work or live – why Romania? This was the idea behind this project, and I am glad some of my teachers agreed to participate and bring it to life!

The idea for the project came to me for the first time in around January 2021, while I was at the pool, swimming. My swimming coach was not Romanian, so I started wondering exactly what made him come here instead of going anywhere else in the world. I didn’t ask him then, but I did start wondering what made my foreign teachers at Avenor come to Romania. I wrote the idea down, and here I am almost one year later. I interviewed 4 teachers and our new head of secondary, and I filmed all of these interviews as well. All of the footage is now available in a Padlet (the link is at the end of this article), and I recommend you watch it and see for yourself how interesting and sometimes unexpected the answers I got were. I definitely think it would be an enjoyable experience, but I might be a bit biased.

I love listening to podcasts, so I really hoped I could get a similar atmosphere in the interviews I organised. Some of my interviews ended up being longer, some shorter, but the experience in itself was extremely enjoyable. I had prepared a few questions prior to meeting with the teachers, but all of the interviews felt like conversations I’d want to have with or without the existence of this project, so I ended up asking them things I didn’t even think about before the interview started.

The organisational part of the project went great as well. I organised all of the interviews in one week, usually either during lunch breaks or when I had a free lesson. The people at the office saw me about two times every day that week, as I kept coming back to either book another time slot for the room I did my interviews in or to actually do the interviews. I filmed everything on my tablet, and I asked the teachers at every point if they were ok with how everything was set up.

One of my favourite parts of finishing the interviews was how interested some of my friends were to see them. They knew what the project consisted of, and every time I came back from an interview I asked them if they’d want to see what I filmed and the answer was always an excited yes. It was great to see that others found the project as interesting as I think it is.

Living or working in Romania as an expat is a unique experience for everyone who comes here, so it was incredibly interesting to see the range of responses I got for each question I asked.

Gillian Carroll is a Physics teacher and Careers Counselor here at Avenor. Although she didn’t want to appear in the video, she gladly answered all of my questions and was eager to share her wonderful experience with Romania. This is her first time working outside of the UK, but she already thinks that she might want to move to Romania permanently when she retires. Gillian actually got baptised in Romania when she was 50 years old. Her family is half Irish/half Chinese and she grew up in the UK, yet she still considers Romania home more than she does the UK. She is a huge fan of travelling, and has visited most of Romania, with the exception of the Danube Delta. She is a huge fan of the Romanian countryside, with its unique mix of people, foods and experiences waiting to be discovered.

Joshua Norris is an English teacher and Katie Hargreaves is a Media Studies teacher, both of them currently working here at Avenor. They moved to Romania together, and this is their first time working outside of the UK and together in the same school. Funnily enough, they were actually supposed to go to Russia instead of Romania initially. They think Romania will always feel like a home to them, and that’s also what helped them make the decision to get the permanent residency permit at some point. They also got engaged here, which strengthens their connection to Romania.

Olivia Robinson is also an English teacher here at Avenor. She worked in both Mexico and Kenya prior to coming to Romania, and she is still planning on staying here longer. One of the reasons she made the decision to stay here longer is that Romania allows her to feel like a teacher all of the time, which she enjoys. She loves travelling to Romania, but she’s not a fan of the mainstream places, like Sibiu. She’s rather fond of discovering hidden gems. She would love to learn more Romanian but admits that it is very difficult to do that, when us Romanians speak English so well.

Paul Barrie is the Head of Secondary at Avenor. He moved here with his family this summer, yet it was not his first time coming to Bucharest. Back when he lived in Istanbul, he visited Romania together with his wife in order to see our Christmas Markets and get the proper Christmas feel. He lived in Rio for three years before moving to Bucharest, and he is excited that his four year old son will get to see snow for the first time this winter. Him and his family visited some parts of Romania, Sinaia being their favourite so far.

If you want to hear more about their experiences and comments about Romania, definitely check out the videos in the Padlet, which include some of the interviews. 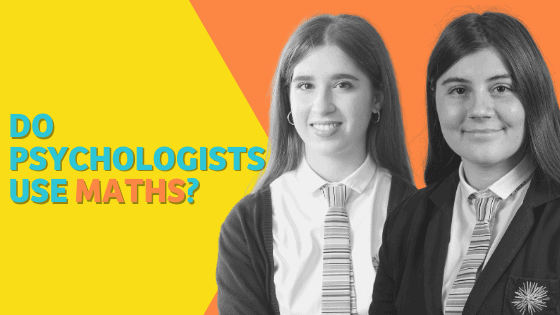 Before writing the article for Math-Ly, psychology and mathematics had never appeared that intertwined to Alexandra, but after doing some research she realized how great are the implications of mathematics in psychology and that it’s even a required course for students wishing to pursue a career in this domain.

Alexandra and her Math-Ly editorial team, coordinated by their maths teacher, Mihaela Ancuța, interviewed some of the Avenor alumni and discovered how mathematics helps them in their chosen field of study. Read below an interview with Ana and Vanessa, Class of 2020, who are currently studying Psychology at the University.

Alexandra: Tell us a bit about yourself. What drew you to Psychology?

Alexandra: Was mathematics a subject you enjoyed whilst studying at Avenor? If yes, what particular mathematics topic did you enjoy most?

Ana: I thoroughly enjoyed studying Maths at Avenor, because I had the privilege of having Mihaela Ancuta as my teacher all throughout high school. Mihaela made me absolutely love Maths and she has been the best support system for studying and working so hard to achieve the best results. Pure Maths was my favourite part of Maths, followed by Statistics. My favourite topics from Pure Maths were quadratics, integration, differentiations and I enjoyed probabilities and the Normal distribution from Statistics.

Alexandra: What are the implications of mathematics in Psychology?

Ana: Statistics is the only mathematical part of Psychology, but it is very important. The understanding of Statistics is crucial in Psychology, which is backed up by the use of statistical software which help you with the calculations. You need to understand how to analyse and interpret data, as well as descriptive and inferential statistics (this looks at describing data and making inferences, predictions about data). This is all used to understand the results that you get from the psychological experiments you conduct when you do your own research after University or for your last year of University. It is extremely important to master your statistics in Psychology so you can understand what your research has found and what conclusions you can draw from your participants’ behaviour.

Vanessa: Psychology may be described as the abstract study of the mind, but people shouldn’t forget about the scientific part of it. Whether someone is interested to know if men have bigger feet than women, or if depression occurs more often in people who are frequent social media users than in those who don’t even have social media accounts, psychology needs the help of mathematics to conduct a reliable scientific study.

Alexandra: Are the mathematics concepts taught during high school useful in your current Psychology course? If yes, which particular ones and how exactly?

Vanessa: Mathematics has been an important asset to psychologists, since in order to present their results to the rest of the world so that everyone can understand what they mean by all of those numbers, psychologists need to calculate them first. Statistical tests such as the “mean”, “standard deviation” and “t-test” are the most popular among all studies. But even if all of these tests get done, the average person won’t understand what they mean. Therefore, another mathematical part comes in handy when presenting results: graphs!

A clear and concise study has an abundance of bar graphs, pie charts, tables, and many more mathematical numeric representations.

The mind is such a complicated thing to study, since everyone sees the world in a different perspective, there is a need for exact science to make sense of what we find out. 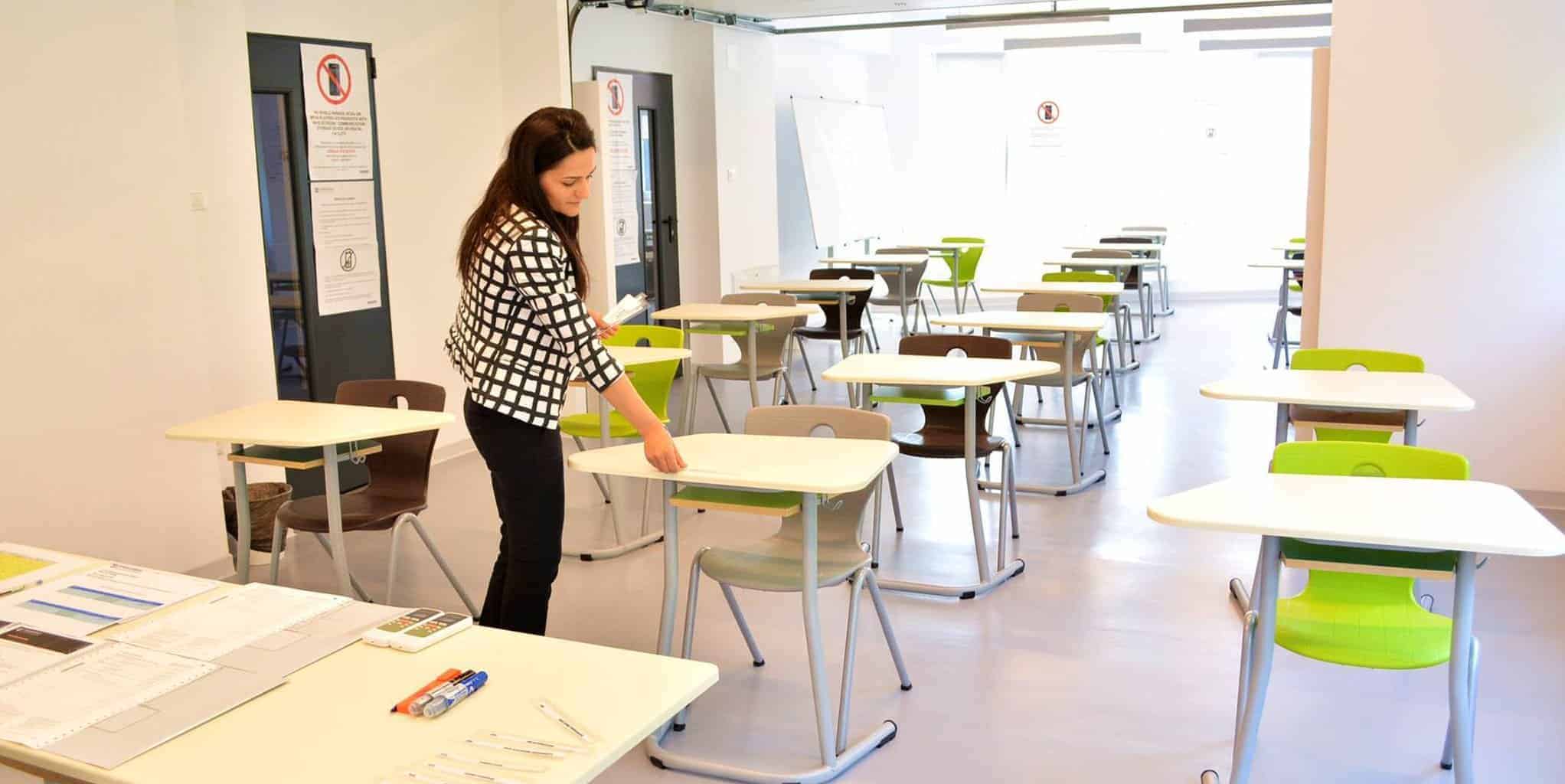 At Avenor College, we have started this week the written Cambridge exams session. Students in Grades 8, 9, 10 and 11 will sit the following exams:

This is the evaluation exam at the end of Grade 8 for students following the Cambridge line at Avenor College. These tests highlight students’ strengths and areas where they can develop their skills further during high school. This year, there are 16 students from Avenor College taking part in the Checkpoint examinations in Mathematics and English as a Second Language.

This is the most popular international certification for pupils aged 14-16. It is recognised by major universities around the world, employers worldwide, and it represents an international passport for development and success.

IGCSE exams are taken this year by 14 Grade 10 students, 18 Grade 9 students and one student from Grade 8. In total, our students will sit 42 IGCSE written examinations on 17 syllabuses:

Another 7 oral examinations were held in March and April: IGCSE Speaking and IGCSE Art and Design.

Avenor International High School is hosting for the first time an AS Level Exam session. This year, 16 Grade 11 students sit the AS Level exams on the following subjects:

Also this week, the AS Level Speaking exam will be held.

At last year’s IGCSE exams, 80% of our students received scores ranging from A * to C, achieving a 100% pass rate. You can find more information about our students’ results can be found here.